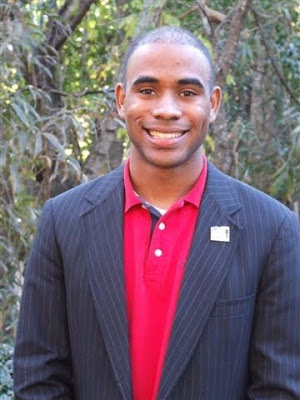 Florida A&M University (FAMU) physics student Reamonn Soto will intern with the Congressional Black Caucus (CBC) during the spring 2010 semester.  Soto is one of 15 students who will participate in the internship program. Every semester, members of the Caucus are assigned an intern for nine weeks.

Soto, a 23-year old from Tallahassee, Fla., begins his internship in January 2010 through May.  Soto is also a Florida-Georgia Louis Stokes Alliance for Minority Participation student.

“I heard about the internship while attending a Florida Democratic Party Convention in Orlando,” said Soto. “After speaking with Congressman Kendrick Meek, I felt compelled to pursue the internship program.”

Soto has worked on Congressman Meek’s, a FAMU alumnus and the CBC chair, U.S. Senate campaign.  He also served as an intern for Florida House of Representatives Alan Williams.

Soto feels that his degree in physics will give him the platform to solve problems that the U.S. is facing today.  Soto’s excitement in becoming a leader in the community came after his involvement with the Young Democrats of America.

Soto said, “One of my favorite quotes is by Albert Einstein – ‘We can't solve problems by using the same kind of thinking we used when we created them.’”

While in D.C., Soto will receive a scholarship to attend George Washington University where he will take classes, such as political management, to develop a message for voters. He hopes to learn how to become a political candidate while in D.C., return to FAMU for graduate school and then run for public office.

Soto is a member of the FAMU Honors Program, the National Society of Black Physicists, Phi Sigma Theta honor society, and the Model United Nations.
Posted by News Rattler at 1:06 PM 5 comments: 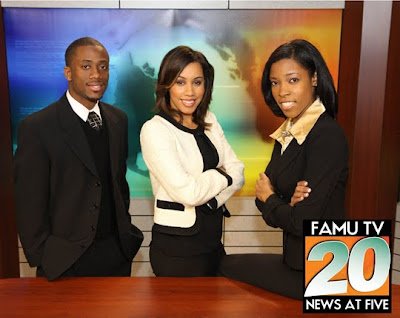 Letisha Bush, a senior broadcast journalism student from Columbus, Ohio, will serve as a solo news anchor. Bush says she hopes the experience “will help sharpen her on-air presence.” She has plans of building a production company aimed at empowering youth.

Dekywan Debose, a senior broadcast journalism student from Orlando, Fla., will serve as the weather forecaster. His other interests include sports journalism and song writing.

“This is a great opportunity and I plan to take full advantage of it,” said Debose.

Karisa Olds, a senior broadcast journalism student from Columbus, Ga., will serve as the sports anchor and is an avid lover of basketball. Olds says she is both excited and nervous “because this is something new, but I am looking forward to the challenge.”

The FAMU-TV20 newscast offers a hands-on approach to journalism education for students at the FAMU School of Journalism and Graphic Communication (SJGC).  This year, broadcast journalism students are required to produce multimedia slide shows in addition to maintaining convergence partnerships with The FAMUAN newspaper, Journey magazine, and WANM-FM 90.5.

“The field of journalism is rapidly changing,” said Leonard Horton, SJGC visiting professor and News 20 at Five News director.  “Newsroom staffs are shrinking and job descriptions are changing.  Students have to be extra prepared for this multimedia landscape.”

Posted by News Rattler at 12:41 PM No comments: 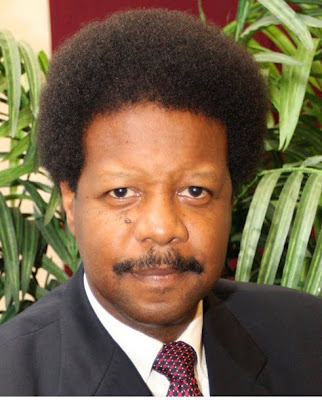 Leon County Commissioner William “Bill” Proctor will keynote Florida A&M University’s (FAMU) Martin Luther King (MLK) Convocation at 10:10 a.m. Thursday, January 14, in Gaither Gym. The general public is invited to attend.
The program will feature the FAMU concert choir and a special rendition of King’s “I Have a Dream” that will be performed by James Moran, development officer for the FAMU College of Pharmacy and Pharmaceutical. FAMU President James H. Ammons will also present MLK leadership awards to Althemese Barnes and Phi Beta Sigma Fraternity, Inc.
Commissioner Proctor was elected to the Leon County Board of County Commissioners in 1996 and represents the citizens of Leon County in District 1. He served as chairman of the Board in 2006. His priorities as the District 1 Commissioner are affordable housing, quality healthcare and education. He has served on several community advisory boards and has received numerous awards and recognitions for public service.
Commissioner Proctor is an associate minister at Bethel A.M.E. Church in Tallahassee, Fla., where he entered the ministry in 1985. He served as a pastor in the AME church for nine years. Currently, he is a political science instructor at FAMU. He is the advisor to the College Democrats student organization and mentors numerous students.
As county commissioner, his accomplishments include the widening of Crawfordville Road (US Hwy 319 South), the widening of Orange Avenue, the building of the B.L. Perry Branch Public Library and the Southside Richardson-Lewis Health Center.
Commissioner Proctor’s professional political career began as a staff assistant to United States Senator Bob Graham of Florida. He also served as a special assistant to Governor Lawton Chiles before winning a special election to the Leon County Commission in 1996. He has won three subsequent reelections.
Commissioner Proctor chaired the 50th Anniversary of the Tallahassee Bus Boycott in 2006.
He earned his undergraduate degree from Howard University School of Communications and a juris doctorate degree from Howard University School of Law. He furthered his studies at Boston University School of Theology, the Interdenominational Theological Center in Atlanta, Ga. and Wesley Seminary in Washington, D.C.
Posted by News Rattler at 3:20 PM No comments: 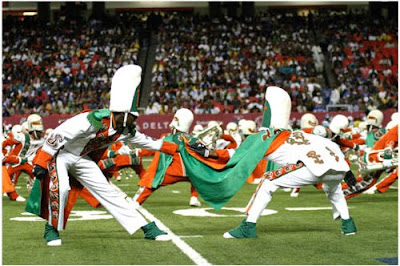 Florida A&M University’s (FAMU) Marching “100” has been selected to perform in the Super Bowl XLIV pregame show scheduled for Sunday, February 7, at Dolphin Stadium in Miami Gardens, Fla.
This is the third time in five years that the Marching “100” has been invited to participate in a Super Bowl.
According to Julian White, director of bands and chair of FAMU’s Department of Music, he received a telephone call from the entertainment director for the National Football League notifying him that the “100” had been selected.
“We are extremely honored and proud to be selected by the National Football League to perform during the pregame show,” said White. “To be invited for a third time in only five years is confirmation that we give a quality performance.”
When asked what will the “100” perform to dazzle the audience, White quickly responded by saying they will salute the King of Pop.
“We will do another production to honor Michael Jackson,” said White. “It is only fitting that we salute the King of Pop for the world to see.”
The “100” performed in the following Super Bowls:
- 1969 Super Bowl III Half time performance in Miami, Fla.;
- 1983 Super Bowl XVII Half time performance in Tampa, Fla.;
- 2005 Super Bowl XXXIX Pregame performance in Jacksonville, Fla.; and
- 2007 Super Bowl XLI Half time performance with Prince in Miami, Fla.
According to White, the past year has been really electrifying for the “100.”
“The weekend prior to the Super Bowl on January 30, the “100” will participate in the 8th Annual Honda Battle of the Bands in Atlanta, Ga.,” White said. “Just last year in January 2009, the Marching “100” was preparing to participate in President Barack Obama’s inaugural parade. A year later, we are preparing to perform at the Super Bowl. We are indeed America’s favorite college band.”
Posted by News Rattler at 3:19 PM No comments: 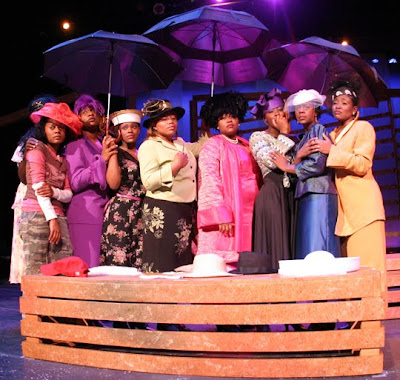 The Florida A&M University (FAMU) Essential Theatre and Lyceum Series will present CROWNS, a gospel-infused play, written by Regina Taylor and directed by Valencia E. Matthews.
Based on the book Crowns: Portraits of Black Women in Church Hats by Michael Cunningham and Craig Marberry, this play weaves together a variety of stories, characters, times and places as a young African-American girl tries to find her identity and place in the world. It takes her grandmother and a circle of friends to teach the child about faith, fellowship and “church hat” fashion.
CROWNS runs February 26 to February 28 in Lee Hall Auditorium. Performances are Friday and Saturday at 7:30 p.m. with 2 p.m. matinees on Saturday and Sunday. Ticket prices are $15 for the general public, $12 for senior citizens, $7 for students and $5 for FAMU students with valid ID.
For more information, call (850) 561-2425.

Posted by News Rattler at 3:16 PM No comments:

Posted by News Rattler at 10:40 AM No comments: