The Florida A&M University (FAMU) Student Summit is set to make history in Tallahassee. The Summit is bringing together an ethnically diverse compilation of today’s top leaders from around the nation in business, academia, media, politics and education to attack major issues affecting America’s students domestically and globally. This event is scheduled for Sunday, March 28, at 6 p.m. in Gaither Gymnasium.
The keynote speaker is Susan Taylor, founder of the National CARES Mentoring Movement and editor-in-Chief Emeritus of Essence magazine. Her speech and video display is geared towards bringing awareness to mentoring in our nation.
The main event will feature a panel discussion and open-dialogue with the audience.
• Cornel West, Ph.D. – The class of 1943 professor at Princeton University and author of Race Matters;
• Ralph Nader - Famous consumer advocate, and four-time presidential candidate;
• Frank T. Brogan - Chancellor, State University System of Florida;
• Susan Taylor - founder of the National CARES Mentoring Movement and editor-in-chief emeritus of Essence magazine;
• Hezekiah Griggs - 21-year-old entrepreneur and multimillionaire
• Robert “Biko” Baker - Hip-hop organizer, journalist, activist and leader of the League of Young Voters; and
• Atira Charles, Ph.D. - Expert in race relations in the corporate and academic settings; FAMU alumna
FAMU’s Student Government Association, in conjunction with the FAMU chapter of the National Pan-Hellenic Council, is hosting the event.
General admission is $5, and free to FAMU, Florida State University and Tallahassee Community College students with a valid student ID.
For more information, contact (850) 412-5211.
Posted by News Rattler at 9:50 AM No comments: 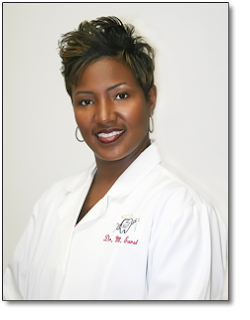 Florida A&M University (FAMU) will host its annual Honors Convocation Thursday, April 1, at 10:10 a.m. in Perry-Paige Auditorium.  Dr. MaKeba S. Earst, owner and operator of All About Smiles Dental Center, will serve as thekeynote speaker.
Earst, who has been practicing general dentistry in Tallahassee for more than 10 years, is the only African-American female practitioner in Tallahassee who owns and operates her own dental practice.
The Tallahassee native graduated as valedictorian of her senior class from Florida A&M University Developmental Research School (FAMU-DRS).  She enrolled at FAMU where she earned a bachelor of science in chemistry.  She later attended Meharry Medical College, School of Dentistry and was conferred with the Doctor of Dental Surgery Degree, which opened the door for her to pursue her lifelong dream of becoming a dentist.
Earst currently serves as vice president of the Sunshine State Dental Association of which she is the immediate past president.  She holds membership in the National Dental Association, American Dental Association, Florida Dental Association, Leon CountyDental Society and Alpha Kappa Alpha Sorority, Inc.
Posted by News Rattler at 10:19 AM No comments:

Orlando, Fla. – The Reverend Jesse Louis Jackson, Sr., founder and president of the Rainbow/PUSH Coalition, will serve as the keynote speaker for Florida A&M University (FAMU) College of Law’s Sixth Annual Hooding Ceremony on May 15, 2010.

Reverend Jackson will address the Spring 2010 candidates, who will have the Juris Doctor degree conferred in Tallahassee, Fla. at the University’s Commencement Exercises on May 1, 2010.  The Hooding Ceremony will recognize more than 150 candidates, including the fall 2009 and summer 2010 classes.  These are the first classes to be recognized since the College of Law achieved full accreditation from the American Bar Association.

The FAMU College of Law’s Hooding Ceremony will take place at the Hilton Orlando, 6001 Destination Parkway near International Drive.  The ceremony will begin promptly at 10 a.m.

Reverend Jackson is one of America’s foremost civil rights, religious and political figures.  Over the past 40 years he has played a pivotal role in virtually every movement for empowerment, peace, civil rights, gender equality, and economic and social justice.  He has been called the “conscience of the nation” and “the great unifier,” challenging America to be inclusive and to establish just and humane priorities for the benefit of all.  He is known for bringing people together on common ground across lines of race, culture, class, gender and belief.

Reverend Jackson participated in the 1965 Selma to Montgomery marches organized by James Bevel, Dr. Martin Luther King, Jr., and other civil rights leaders in Alabama.  In 1966, King and Bevel selected Jackson to head the Southern Christian Leadership Conference (SCLC) Operation Breadbasket in Chicago, and SCLC promoted him to national director in 1967.  When King was assassinated on April 4, 1968, in Memphis, Tenn., Jackson was in the parking lot one floor below.  He resigned from the SCLC in 1971 and formed Operation PUSH.  He eventually organized the Rainbow Coalition in 1984, which later merged with Operation PUSH to form the Rainbow/PUSH Coalition in 1986.  He was a candidate for the Democratic presidential nomination in 1984 and 1988 and served as Shadow Senator for the District of Columbia from 1991 to 1997.  On August 9, 2000, President William “Bill” Clinton awarded Reverend Jackson the Presidential Medal of Freedom, the nation’s highest civilian honor.  He is a graduate of North Carolina A&T University and has a Master of Divinity from the Chicago Theological Seminary.

The FAMU College of Law was founded in 1949 on the main campus in Tallahassee.  After graduating 57 lawyers, the law school was closed by the state of Florida in 1968. The Florida Legislature voted to reopen the law school in 2000 and Orlando was selected as the location. The re-established FAMU College of Law opened its doors in 2002 and is now housed in a state-of-the-art facility in downtown Orlando’s Parramore neighborhood.  The FAMU College of Law received full accreditation from the American Bar Association in July 2009, and is ranked number one in the nation (tied with Texas Southern) for Diversity by U.S. News and World Report.

Posted by News Rattler at 10:17 AM No comments:

Florida A&M University (FAMU) Office of Communications has added to its staff Stephanie Lambert, a former associate editor for the Capital Outlook newspaper, a weekly black-owned publication in Tallahassee, Fla.

“I am pleased happy to have such a talented journalist as part of our staff in the Office of Communications,” said Sharon P. Saunders, executive assistant to the president and FAMU’s chief of communications.  “Ms. Lambert will help provide information to the public through our social networks.”

Lambert will manage the university’s social media outlets, which include Facebook, Twitter, YouTube and RattlerWire, a blog page, and develop press releases about university’s events, activities and accomplishments.

“Stephanie is a great addition to the office,” said Tolson.  “One of my priorities is to make sure that all of our constituents are knowledgeable about what is occurring here at FAMU.  With Stephanie’s work experience, I am confident that Stephanie will help in continuing to make sure this priority is met.”

Lambert, a 2006 FAMU School of Journalism and Graphic Communications graduate, says she is excited about her new job.  She fills the position left vacant by Angel Suri, a 2007 graduate of FAMU with a degree in journalism.

“Florida A&M University has so many great things going on and I am proud to be a part of a team that assists with getting that message to the masses,” said Lambert. “I’m appreciative of this opportunity.”

Lambert, a native of Panama City, Fla., has also worked with the South-Florida Sun Sentinel newspaper and Teen Voices magazine in Boston. She was employed at the Outlook from 2006 to 2010.

Posted by News Rattler at 9:57 AM No comments:

Thompson competed against two musical groups and was selected by viewers throughout the nation and internationally.

“The City of Tallahassee certainly showed me a great amount of love and support,” said Thompson, a Rickards High School graduate. “I really want to thank my family, FAMU, Rickards High School and everyone who texted or voted for me on BET.com.  This is one of the happiest nights of my life and I will never forget the feeling I am feeling right now.”

As a result of her win, Thompson will be performing with other previous “WOW” winners in an eight-city tour titled “Blaze the Stage,” and will perform on BET again this summer during the “Best of Wild Out Wednesday.”

Her edgy, beat-based songs have attracted an energetic audience since she began her entertainment career in 2004.

“106 & Park” is a 90-minute countdown music video show that features the top 10 most requested videos on BET of the day.

Posted by News Rattler at 9:54 AM No comments: