Six Rattlers will be Inducted into the Sports Hall of Fame

Florida A&M University (FAMU) will induct six Rattlers into its Sports Hall of Fame (SHOF) during the 35th SHOF Enshrinement Ceremony at the Alfred Lawson Jr. Multipurpose Center and Teaching Gymnasium on Friday, Oct. 1, at 7 p.m.

Andre Dawson, who was inducted into the Major League Baseball Hall of Fame in July, will be a special guest honoree at this year’s ceremony. Dawson, a Rattler baseball great in the 1970s, was a member of the 1981 FAMU Sports Hall of Fame enshrinement class.

The 2010 SHOF Class features four athletes - Tiffany Daughtry (Women's track), the late Robert Jackson Jr. (Baseball), Olrick Johnson (Football) and Ulysses Wilson (Baseball); one coach - Amos Hill, assistant football coach during the Rudy Hubbard Era; and one supporter of athletics – local radio personality and Marching “100” announcer Joe Bullard.
Daughtry (1989-1992) came to FAMU and helped build the women's track program into a perennial conference power under Head Coach Bobby Lang. Daughtry excelled in the shot put, javelin and discus helping lead FAMU to Mid-Eastern Athletic Conference Indoor and Outdoor Championships in 1989 and 1991;
Jackson (1987-1990) was the ace pitcher of three MEAC championship squads (1987, 1988, 1990). A product of FAMU High, Jackson still holds several single season records for innings pitched (96.1 in 1988; 85.2 in 1989). He also led the team in wins in 1988 (10-5) and 1989 (8-5) with his 10 wins in 1988 the second-most victories in a season by a FAMU pitcher. His 96.1 innings of work in 1988 was the third most innings pitched in FAMU history. Jackson will be recognized posthumously.
Johnson (1995-1998) was the epitome of the student-athlete concept. A three-year starter as linebacker, Johnson led the Rattlers in tackles in 1997 and 1998, piling up 193 total stops his last two seasons, twice earning All-MEAC first-team honors (1997 and 1998), while capturing Sheridan Broadcasting Network (SBN) Black College All-America and NCAA Division I-AA All-America honors from the Associated Press as a senior (1998). He finished his career with 246 total tackles, 11 sacks, 39 passes defended with seven interceptions, seven forced fumbles and one touchdown return on an interception. The 1998 Defensive MVP at FAMU and the winner of the Jake Gaither Award from the Tallahassee Quarterback Club, Johnson did a brief professional stint with the New York Jets, the Minnesota Vikings and the New England Patriots.
Wilson (1967-1970) led the Rattlers in hitting and stolen bases during his junior and senior seasons (1969-1970), capturing All-SIAC honors in 1970, as well as second team All-America. He was signed by the San Diego Padres in 1970, and ascended through the Padres’ farm system to the Triple A level, playing three seasons in the Pacific Coast League before retiring from baseball.
Hill (1977-1985) was an integral member of the Rattler Football coaching staff under Rudy Hubbard, tutoring FAMU’s defensive lines. During Hill’s tenure, the Rattlers boasted one of the nation’s top defensive units, ranking No. 1 in total defense (149.6 ypg) and rushing defense (48.6 ypg) in 1978 - the year of the inaugural NCAA Division I-AA national championship.
For more than 35 years, Bullard has put his personality and varied talents to work on behalf of FAMU. From serving as the ever-popular and irrepressible “Voice of the Marching 100,” to his tireless and award-winning work in the entertainment industry in radio and music, Bullard, like the FAMU Band, stands alone. A native of Jacksonville, Fla., Bullard is a Distinguished Alumni of FAMU and has been honored by the Leon County Chapter of the National Alumni Association.
Dawson and the honorees will be recognized during halftime at the October 2 football game between FAMU and South Carolina State University at Bragg Memorial Stadium. Single tickets for the enshrinement ceremony are $50 and tables for groups of eight are also available. Seats can be purchased at the FAMU Athletic Box Office.

The FAMU Sports Hall of Fame, founded by the late athletic director Hansel E. “Tootie” Tookes in 1976, has recognized more than 200 sports personalities since its inception. 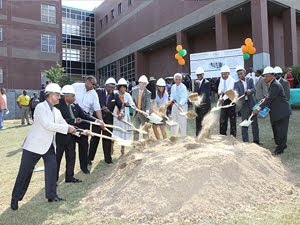 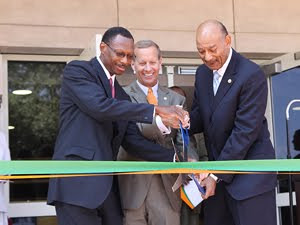 The Pharmacy Phase II of the New Pharmacy Building will be located on FAMU’s main campus at the corner of Bronough and Pershing Streets. It involves the designing and constructing of a state-of-the-art 45,000 net square feet research, graduate and professional study instructional space.

Lewis said, “I am elated that we are beginning the final phase of construction that will catalyze the future growth of the College.”

Before the ground breaking ceremony, FAMU had a ribbon cutting ceremony for Tucker Hall. The newly renovated building is home to the College of Arts and Sciences, School of Graduate Studies and Research and the Charles Winter Wood Theatre.

As William “Bill” Jennings, chairman of the FAMU Board of Trustees, Chancellor Brogan and FAMU President Ammons cut the ribbon, more than 100 people in attendance cheered.

Brogan, who wore an orange tie, said, “We all know that we do this for one reason — the students now, the students who have passed through these halls and the students who are not born yet. It is not about the steel frame of this building. It is about the teaching and learning that will take place in here.”

During the ceremony, Chanta Haywood, dean of the School of Graduate Studies and Research, shared a story she had with a student regarding Tucker Hall’s renovations. 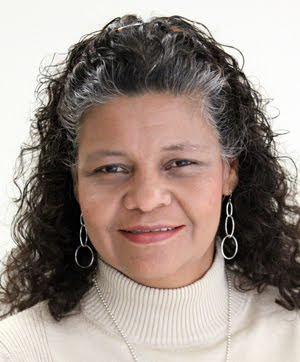 Florida A&M University (FAMU) continues to excel by not only attracting the best and the brightest students, but also employees as the university extends its welcome to the new director of Financial Aid, Marcia Conliffe.

For the past 20 years, Conliffe served at Broward Community College in supervisory positions including her latest position as the associate vice of Student Affairs and Financial Services. Prior to her tenure at the community college, Conliffe gained experience in higher education at Florida Atlantic University and Florida State University.

As the director of Financial Aid, Conliffe is charged with assisting the vice president for Student Affairs and Enrollment Management with the governess, structure, policy formation and implementation for the Division of Student Affairs. Conliffe also serves as the chief financial aid officer with a lead role in the administration, planning and management of financial aid, veterans and disability services programs.

“I could not be happier to be here at Florida A&M University,” said Conliffe. “Everybody here has welcomed me as an addition to the Rattler family. I can honestly say that this is one of the best decisions I have made. I am looking forward to helping the university take the Office of Financial Aid to the next level.”

Conliffe’s understanding of Student Financial Services, Veterans Affairs and Disability Services has gained her experience in managing a team of eight senior staff members and more than 40 individuals in daily operations by providing visionary leadership to develop complete cutting edge college-wide projects. Her responsibilities included overseeing administration and distribution of financial aid budget; serving as liaison to the Office of Information Systems Technology; preparing and monitoring administrative and operational budgets; maintaining policy and procedures manual for each department with emphasis on current practices and well-develop goals; and as designated college administrator for the receipt of federal, state institutional and private financial aid programs.