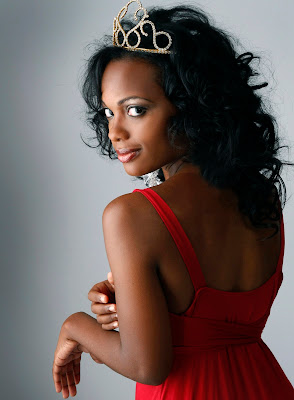 Kimberly Brown, a Florida A&M University graduate and former Miss FAMU 2005-2006, was recently selected as the reigning Miss Black Alabama USA 2009. She will serve in the Miss Black U.S.A. Pageant in August 2009 in Washington, D.C. Competing in this National Pageant will give Kimberly an opportunity to vie for $20,000 in scholarship funds, which would be tremendously helpful toward her quest to enroll in a doctoral program in history in the fall of 2009.

“I’m so thankful to Florida A&M University for providing me with the academic training and unique experiences that have helped to prepare me for life as a young professional,” said Brown.

Brown, 24 and a Montgomery, Ala. native, obtained both her B.S. in public relations and master’s of applied social science in history at FAMU.

Brown’s platform as Miss Black Alabama is “A Map and A Compass: Using History Education as Tools to Guide and Inspire.” Her goal is to promote history education as a vehicle to motivate and move young people in a positive direction. Consequently, she will speak to a group of young teen-age girls as a part of a youth program at the Riley Museum in Tallahassee in December 2009 and make appearances at other youth centered educational programs throughout her reign.

Miss Black U.S.A. is a scholarship-based organization. It is the mission of the Miss Black U.S.A. Pageant to provide educational opportunities to outstanding young women of color and to develop the "whole woman mind, body, and spirit."

Posted by News Rattler at 11:07 AM No comments: 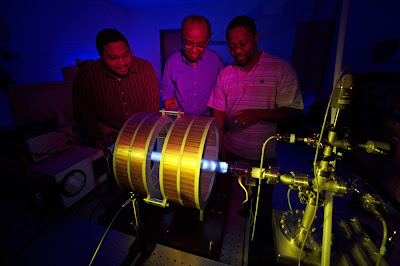 Florida A&M University has another number one ranking. It tops America’s public higher education institutions in preparing blacks for success in Ph.D. programs.

According to the National Science Foundation’s “Survey of Earned Doctorates,” 27 blacks who received baccalaureates from FAMU earned Ph.D.s in 2006, the largest number from any public college or university in the United States.

Howard University was first overall with 40.

“FAMU’s ‘Excellence with Caring’ approach is a winning formula,” said President James H. Ammons. “Our faculty and administration are dedicated to the goal of increasing the number of African Americans who earn their Ph.D.s. In addition, our faculty works to equip students with the discipline, knowledge, and research skills they need to become America’s top scholars.”

FAMU’s Graduate Feeder Scholars Program accounts for much of the university’s success. It serves as a pipeline that sends FAMU’s top-performing students on to advanced degree programs at more than 40 research universities. Participating institutions include the University of California, Berkeley, UCLA, and Vanderbilt.

“The success of a university’s graduates is one of the best measures of its academic quality,” said Chanta Haywood, Ph.D. dean of FAMU’s School of Graduate Studies and Research. “This data shows that FAMU’s baccalaureates are regarded highly by Ph.D. program admissions committees across the nation. It also proves that FAMU’s students leave here ready to compete and excel anywhere.”

NSF has tracked earned doctorates since 1966 and its online records extend to 2006. Over those 40 years, FAMU graduated 599 black baccalaureate degree recipients who went on to complete Ph.D.s, the largest all-time number from any public higher education institution. Only Howard (1,285) and Hampton (628) managed to edge out FAMU during that time period.

Students at Florida A&M University in the School of Nursing received a 100 percent pass rate on the National Council Licensure Examination for Registered Nurses (NCLEX-RN), which is used by state, commonwealth and territorial boards of nursing to assist in making licensure decisions.

“I am extremely happy,” said Ruena Norman, interim dean of the School of Nursing. “The results represent the hard work of our students and faculty.”

NCLEX-RN is required for entry into the practice of nursing in the United States and its territories is regulated by the licensing authorities within each jurisdiction. To ensure public protection, each jurisdiction requires a candidate for licensure to pass an examination that measures the competencies needed to perform safely and effectively as a newly licensed, entry-level nurse. The Florida Board of Nursing regulates practice in the State of Florida.

“I applaud and commend the outstanding job of our nursing students,” said Cynthia Hughes Harris, provost and vice president for Academic Affairs. “This accomplishment demonstrates the hard work and the commitment of our faculty and the quality our students.”
Posted by News Rattler at 6:02 AM 1 comment: 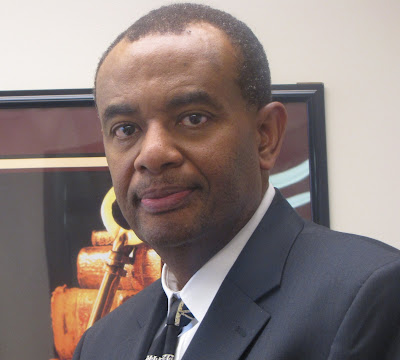 Colin O. Benjamin, a professor of engineering management in the Florida A&M University School of Business and Industry, passed away on Saturday, January 3.

“We are absolutely devastated over the loss of our friend and colleague, Colin Benjamin,” said SBI Dean Lydia McKinley-Floyd. “He was one of the most positive, productive and supportive members of the faculty. He will be sorely missed.”

Ferrell is the president of the Tallahassee Urban League and serves as pastor of Saint Mary Primitive Baptist Church in Tallahassee.

His church leadership began when he was a youth singing in the choir, the Lincoln High School Chorus, and a gospel group named the Walls of Zion. In 1972, he produced a recording album titled “The Ferrells in Concert,” with his brother and sister. The album was waxed in Nashville, Tennessee. From singing, he progressed to the church pulpit as a young gospel preacher. He became an ordained preacher, and in 1969, he was installed as pastor of his first church, Galilee Primitive Baptist Church.

His community leadership began as a volunteer with the Tallahassee Urban League in 1970. Because of his successful level of achievement as a volunteer, the Board of Directors appointed him to the position of acting chief executive officer (CEO) in 1973. Five years later, he was appointed president/CEO and has served with distinction. Through the leadership of Reverend Ferrell at the Tallahassee Urban League, thousands of individuals and families in the Tallahassee and surrounding communities have received many services. These services include housing, crime prevention, youth services, victims’ rights assistance, emergency food and shelter, and many more.

Reverend Ferrell is married to the former Mary E. Richardson.
Posted by News Rattler at 5:58 AM No comments: